You can take either the JR Line or Keisei Line from the Airport Terminal 2 Station. On either line, it takes about eight minutes by express or limited express to Narita Station. Get off the train at Narita Station and walk through the approach to the temple for about ten minutes, and you will find Naritasan Shinshoji Temple on your left. 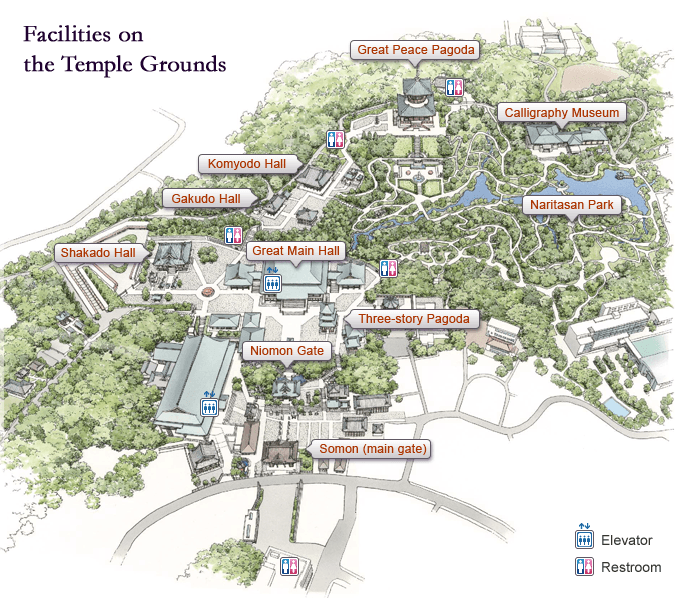